A huge ball of fur was dropped off at the Central Missouri Humane Society by someone. On first sight, it was difficult to identify what was beneath the tangle of hair. The individual who abandoned the pet said it had been discovered in a small dog bed at a local supermarket. Workers at the shelter started working right away to assist this little one and figure out who was hiding under all that matted hair.

“It turns out that this ball of fluff was a dog in dire straits,” the Central Missouri Humane Society announced on Facebook. “She could not walk, had a lot of fleas, and her severely matted fur suggested she was in pain. “Thanks to the people at Pawsitively Precious, she was anesthetized and two workers spent three hours removing matted hair from her body. Despite the grooming and bath, the tiny dog ​​was unable to walk away. “Upon getting x-rays done, it was discovered that she had been in this condition for so long that her paws had deformed and she had several broken bones,” Pawsitively Precious posted on Facebook.

They never gave up on the little pup, who they decided to name, Precious. 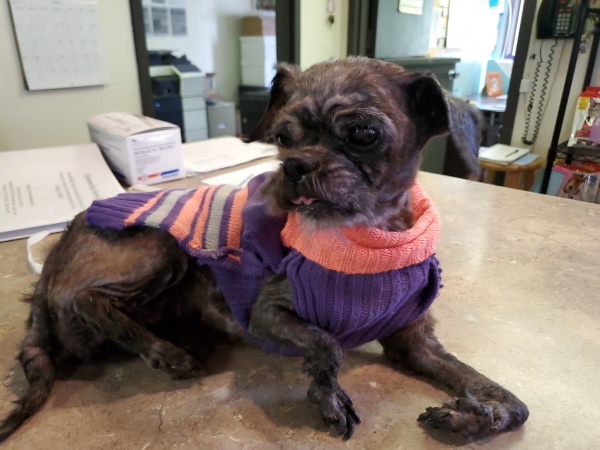 Though she can not walk or run as a normal dog would, Pawsitively Precious says she “has a lot of love to give and will make an excellent pet for a very special home someday!”