Homeless animals have enough to contend with. Finding adequate shelter, food, and clean water is challenging enough. Doing so is dangerous for healthy strays, but imagine what it would be like for a dog that is paralyzed! It would be impossible. Yet a dog, later named Kuya Bon, fought to stay alive despite his disability. He was left all by himself when his owner deemed him useless after a car had hit him.

Kuya Bon’s callous owner couldn’t be bothered with a dog that needed so much care. He kicked him out of the only home he had ever known. By the time he was spotted by a kind individual, he had been on the streets for a very long time. He had to deal with so many rainy days, especially during the monsoon season. It’s a miracle he survived this long. 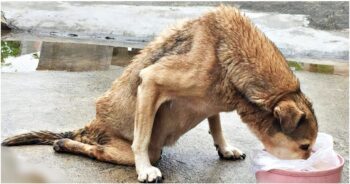 A kind woman saw the dog from yesterday and got a bowl of food for Kuya Bon. She went over to him and put the bowl down. She wanted to see how bad his legs were. Despite his struggles, Kuya Bon slithered to the bowl of food and ate happily. The woman knew he needed urgent veterinary care. She would spend her own money to help him. 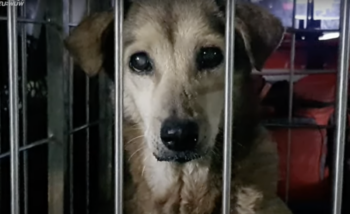 While waiting for Kuya Bon to have x-rays done, the woman called a local rescuer. She begged for his help knowing she couldn’t keep Kuya Bon and he didn’t belong back out on the streets. The rescuer agreed. Kuya Bon is recovering as we speak at his clinic. It’s uncertain where he will end up but what IS FOR SURE is that he will never be back out on the streets again! To see Kuya Bon’s rescue, please scroll down. We are so thankful that he is now safe.

Watch this gripping but still heartwarming video below. Be sure to SHARE this with a friend or family member!